French Hill, United States Congressman, was awarded the Distinguished Eagle Scout Award upon nomination by the Quapaw Area Council and the Boy Scouts of America.  This award is granted to Eagle Scouts who, after 25 years, have distinguished themselves in their life work and who have shared their talents with their communities on a voluntary basis.

“French Hill joins a select few in our Council to receive this award” said Marcal Young, Scout Executive.  Only five have received the Distinguished Eagle Scout Award in the Quapaw Area Council, and he is only the 12th to receive this award in the State of Arkansas.  “He has distinguished himself in his service to our Nation, Arkansas, and our community”, said Young.

French Hill earned the Eagle Award on March 29th, 1972, in Troop 27 of Little Rock, chartered to Holy Souls Catholic Church.  He remains active today in Scouting, serving on the Executive Board of the Quapaw Area Council.

French Hill has distinguished himself through his career as a member of the United States Congress and, prior to that, a successful career in banking, serving as Founder, Chairman and CEO of Delta Trust and Banking Corporation.  Through his continued service to God, his Country, and other people by following the principles of the Scout Oath and Law, he has continued to meet community service needs through his voluntary actions.

The Distinguished Eagle Scout Award was implemented in 1969, and since that time more than 1,850 nominations have been approved.  Only the local council of the Eagle Scout’s primary residence may nominate.  Nominations may not be made for posthumous awards.

The award was presented to Mr. Hill at a ceremony on April 25th in Little Rock.

If you would like to make a donation in honor and recognition of Congressman Hill, a special page has been established for that purpose at https://www.quapawbsa.org/french. 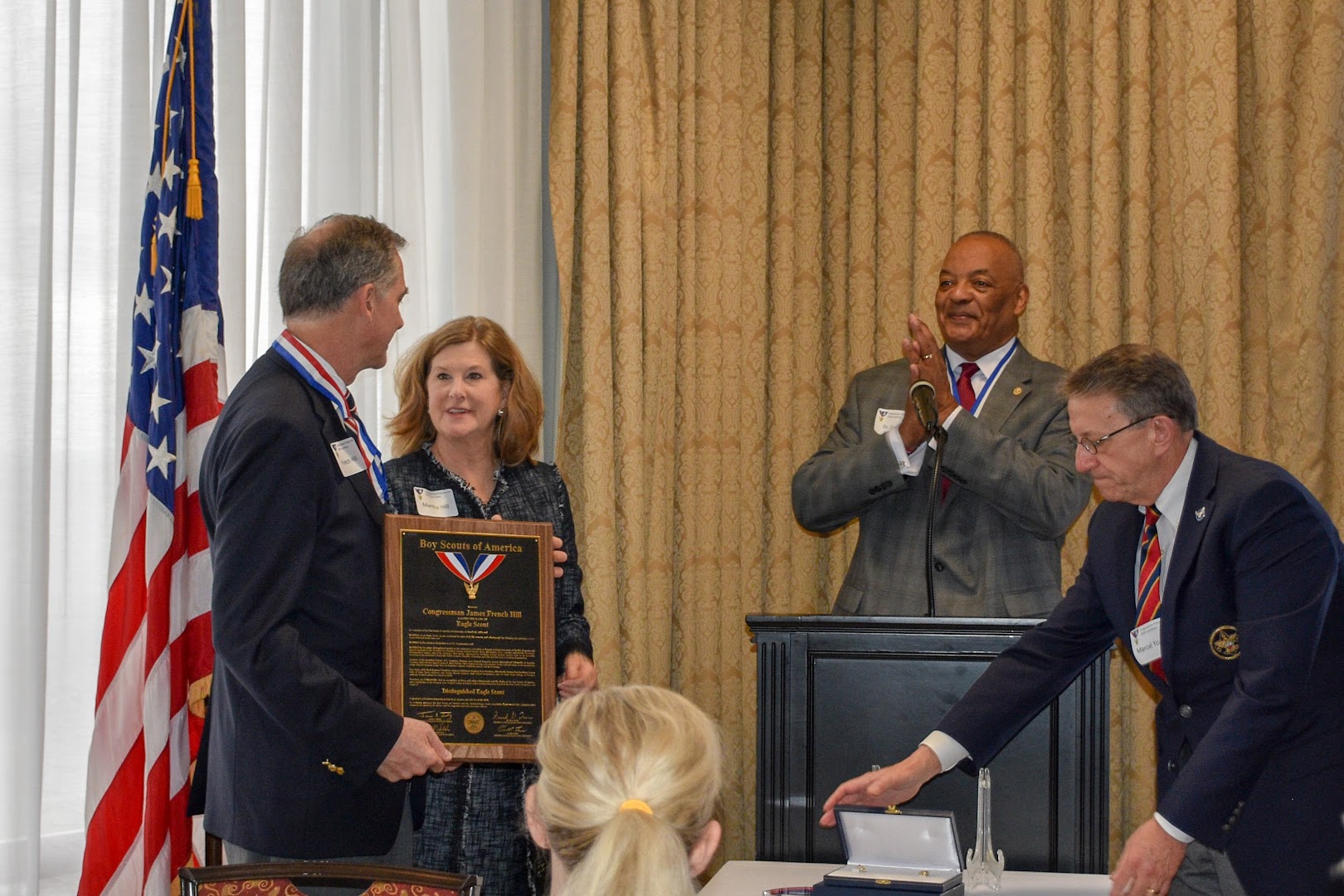 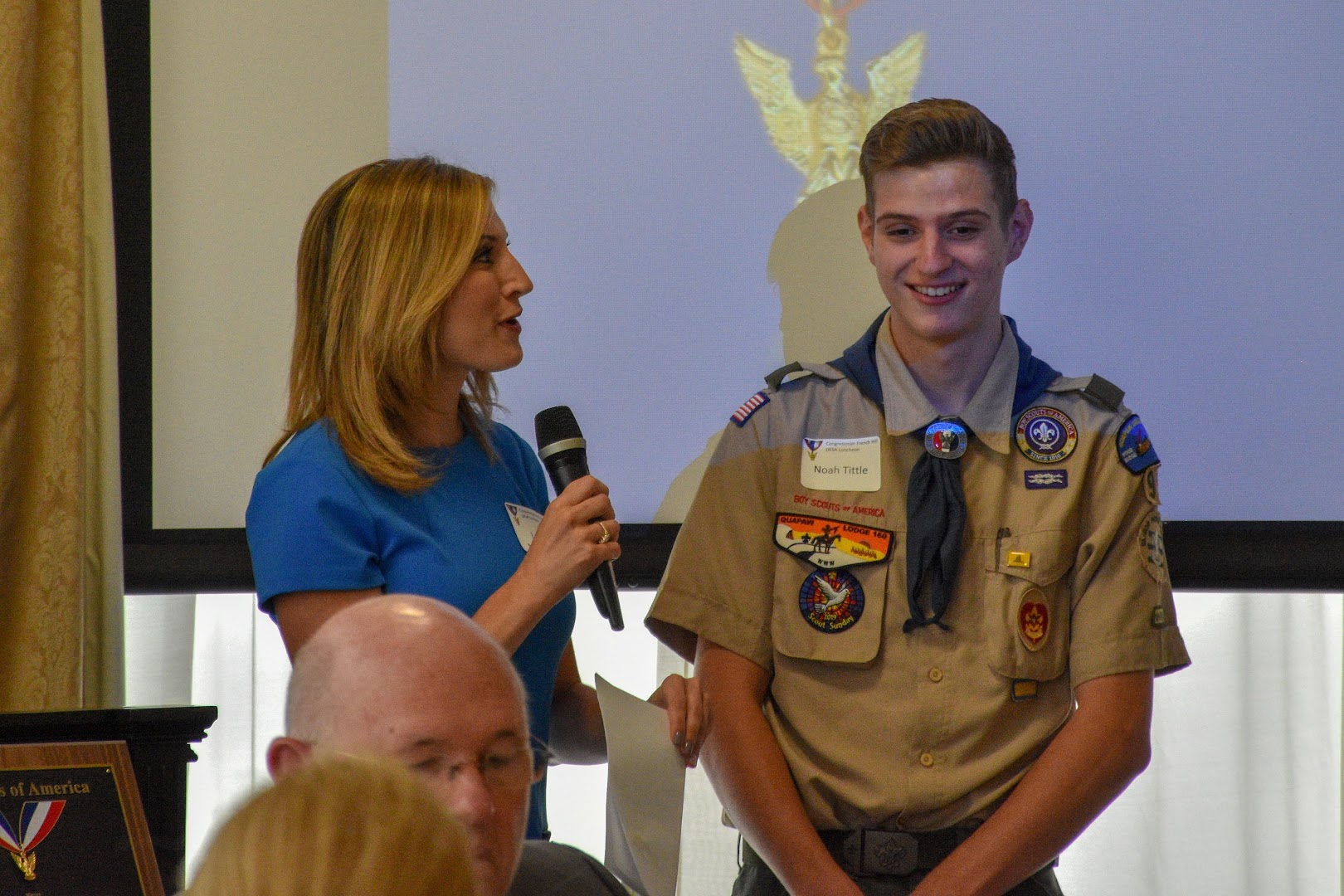 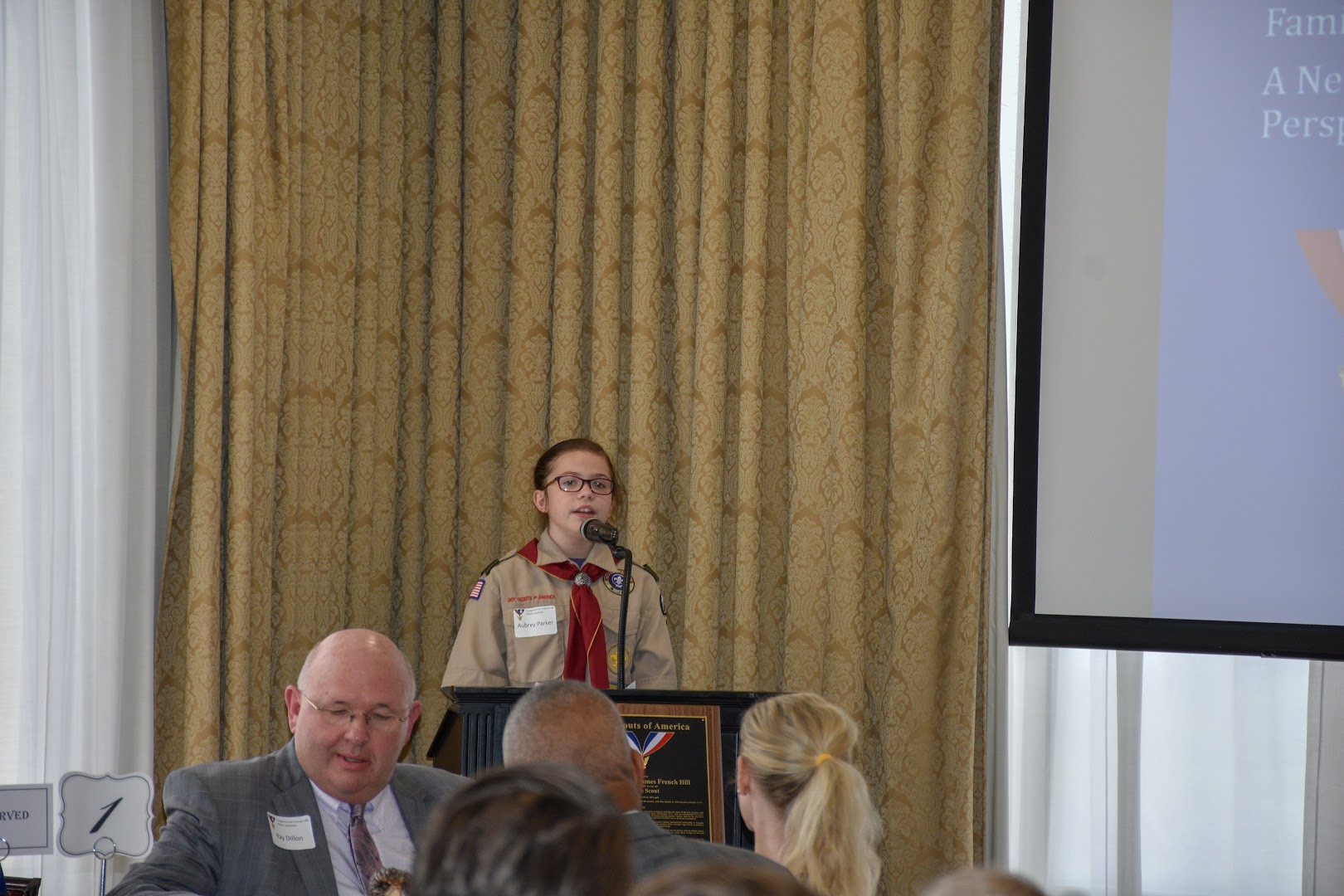 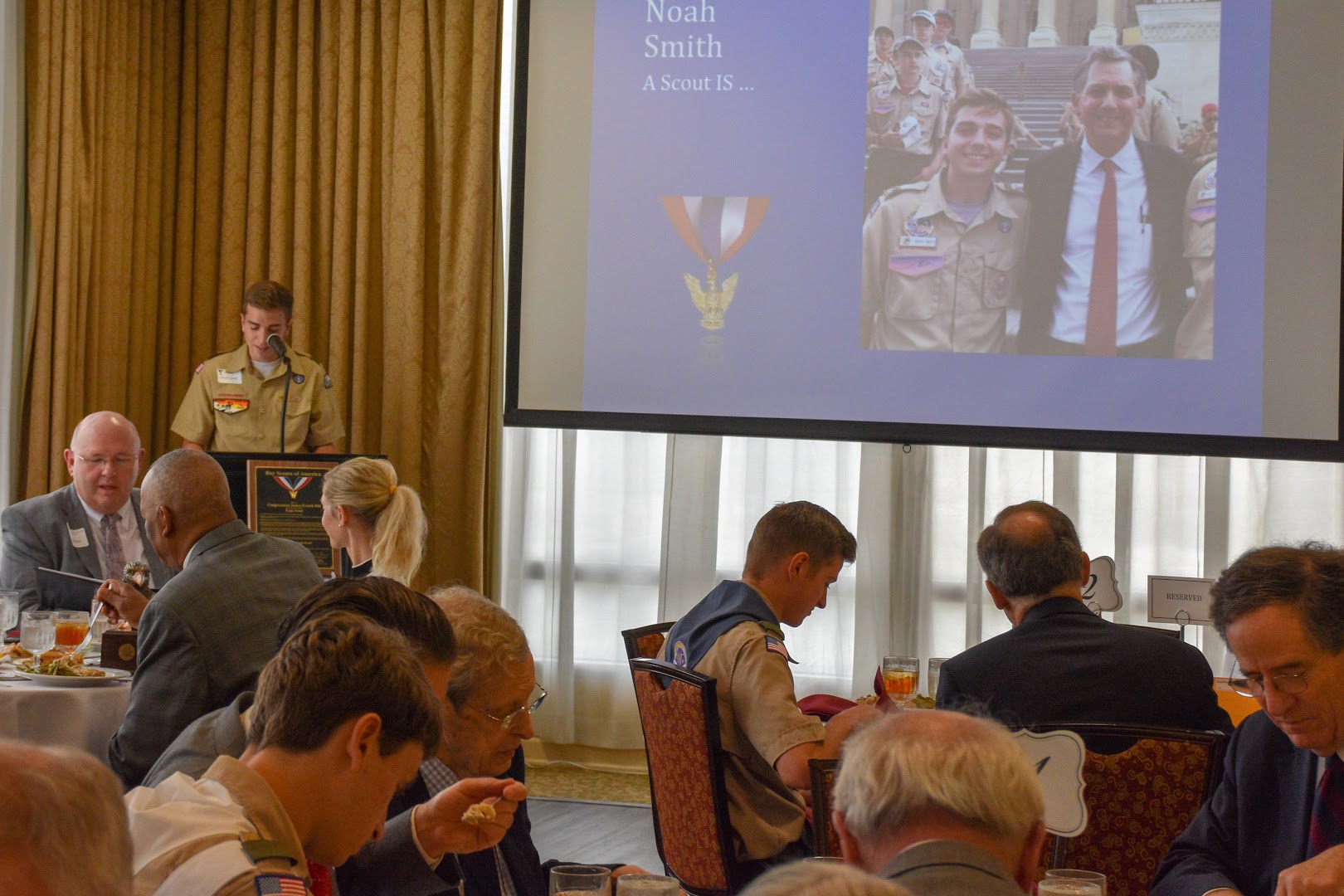 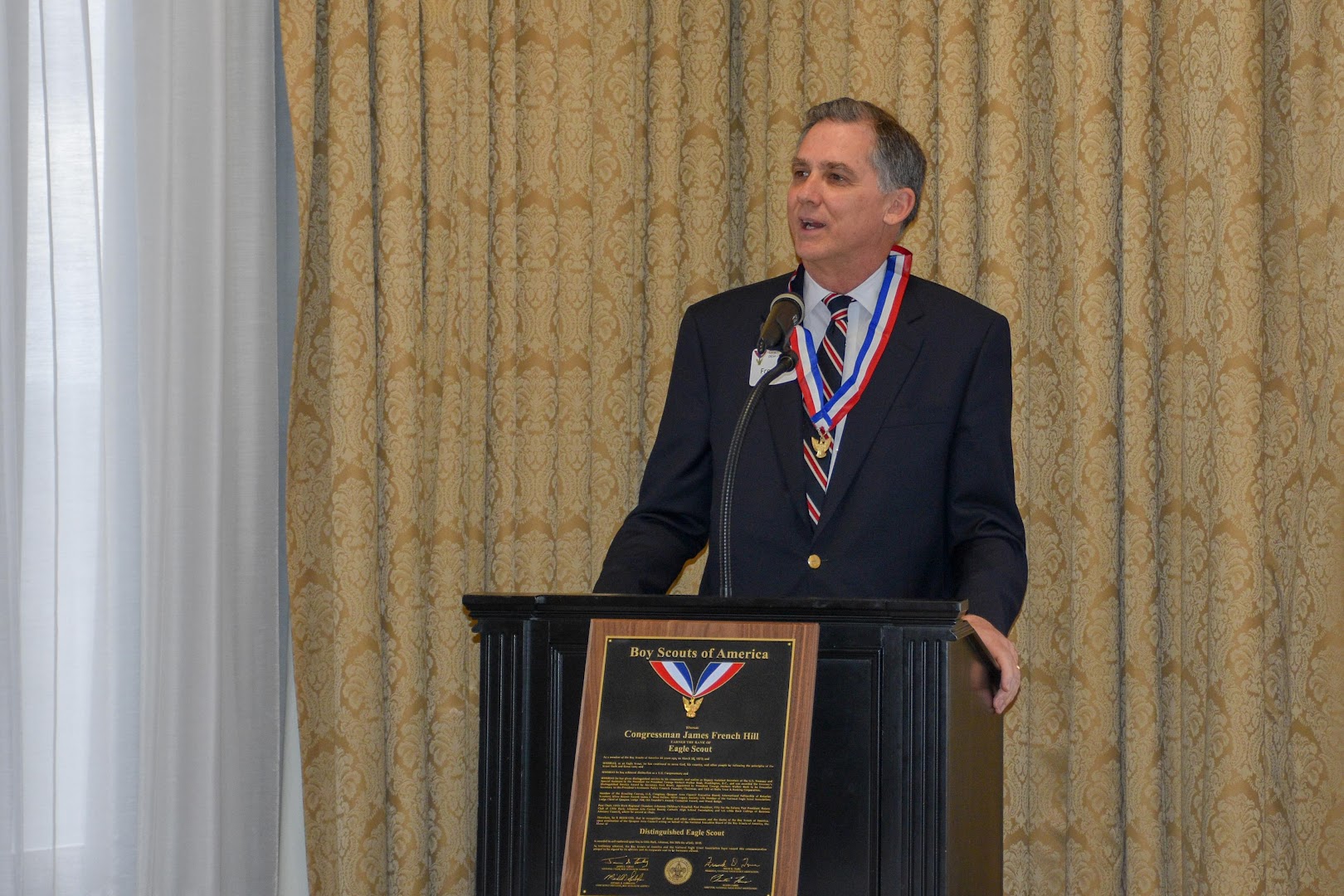 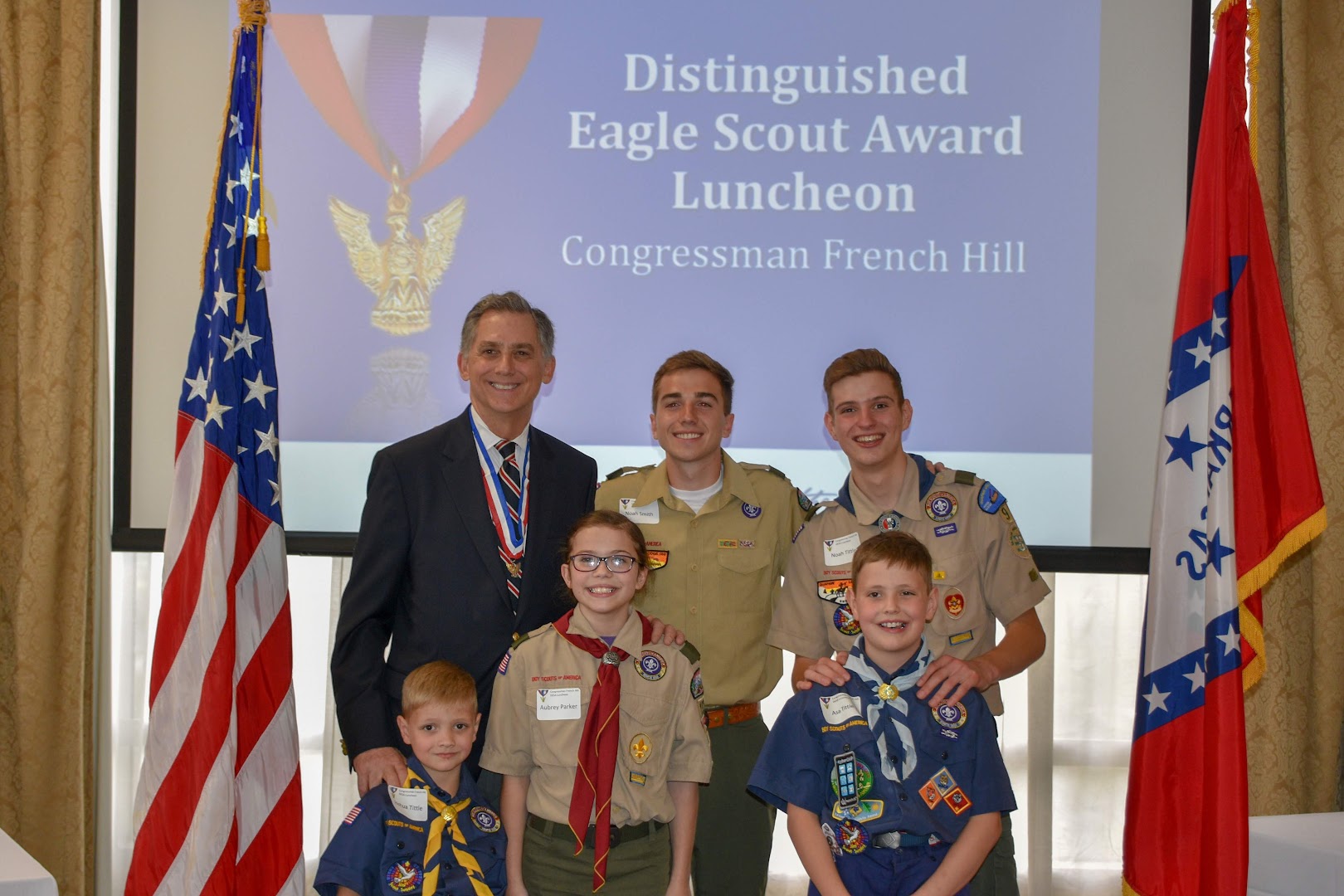